Posted by Clayton Lessor on Dec 5, 2017 in Parenting Tips, Saving Our Sons, The Quest Project | 0 comments 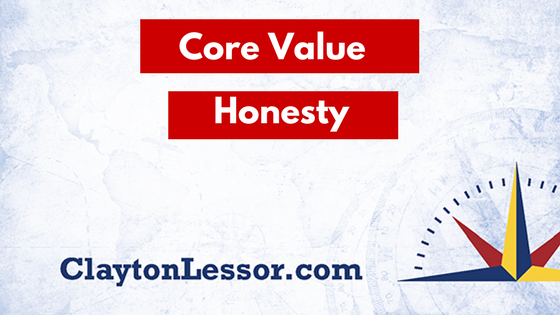 You’ve heard the proverb by Benjamin Franklin, “honesty is the best policy” many times I’m sure.  This is a reminder, that means to be honest with your kids too!

Better Off Not Knowing

I think parents convince themselves (at times) that not being completely honest with their children is a way to protect them.  In some cases, I can understand but overall being honest is “the best policy,” and always age appropriate.

Obviously when you’re dealing with your kids it’s important the truth is delivered in an age appropriate style and manor.  When parents make the decision to withhold a truth because they “think” its best, it can and does (most of the time) come back to haunt them.

You’re a divorced mom of a thirteen-year-old child.  You decide that it’s best not to tell him that his father died of an overdose when he was just a small child.  He’s growing up and asking more questions as he gets older.  You decided long ago it would be best not to tell him the truth.  Now that he’s older you’ve decided maybe it’s time to tell him the truth.  The result, in your effort to shield him, you’ve just taught him it’s okay to not be honest.  He quickly figures out that he too doesn’t need to be honest.  One of his core values has been compromised.

Though your intent was good, the decision to not be honest sends the wrong message.  It teaches that lying is okay; you are telling them they are not strong enough to handle pain and you are the “gate-keeper” of their feelings!

Grieving (in this case) is an important process that we humans go through for many different types of losses.  Understand, grieving is a very important function of life; by learning healthy ways of processing it we become stronger, therefore our children do too.

Caution:  Avoid the beginning of, or onset of self- medicating loss! And remember the pain caused becomes proportionate to the time that passes.

You Set the Example

So now your heart is broken.   He hasn’t been honest, he didn’t tell you he got in trouble at school, or that he is failing a class.  Maybe he broke the window in the basement or garage.  Crucial information you need to know; but he now thinks being honest is a choice.

I have facilitated numerous adolescent boys and parents on this very subject.  I have counseled adults that deal with the pain of not knowing how to be honest and truthful because they were never taught.

The #1-way children learn is by example!

Behavior always trumps words when it comes to being honest and truthful.  The cliché is “do as I say, not as I do” and should be replaced with “do as I do and say!”  The truth can hurt sometimes, but less than a lie every time.