Affluenza Teen – The Treatment Plan I Would Prescribe 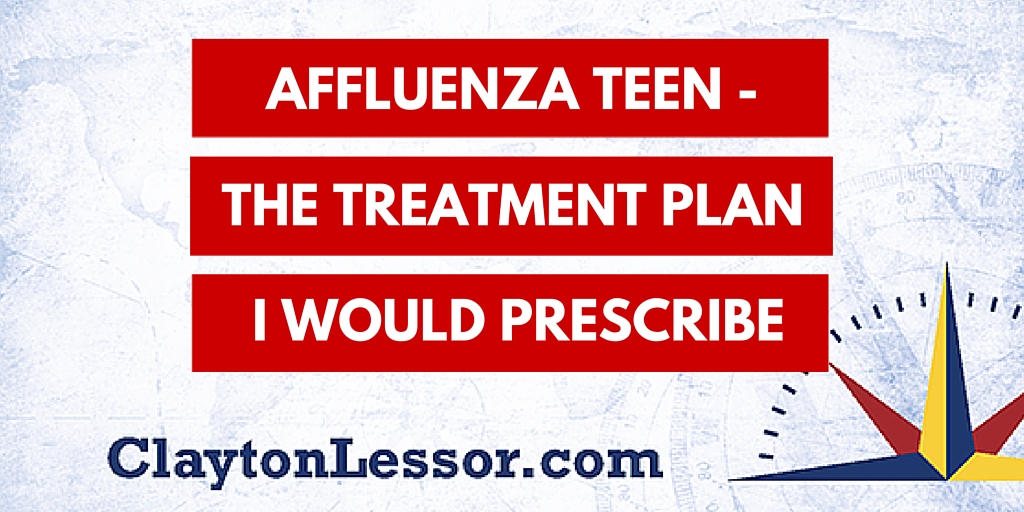 The headline read:  “Rich, Privileged and Unaccountable.”  Honestly, that pretty much sums it up.

I’m commenting on this case for a couple of reasons.  First, because I deal with boys at this age in my practice daily.  And secondly, because this is a perfect example of “what not to do” as a parent.  The term “affluenza” is described as “being coddled to a sense of irresponsibility.”  My definition: BAD PARENTING.

If you haven’t seen or read about Ethan Couch the “Affluenza Teen” then you may be living under a rock.   At the young age of 16 Ethan, driving while intoxicated, hit and killed four pedestrians in Texas in 2013.  The judge in the case was just as lenient as the parents.  Ethan received 10 years probation.  And to no one’s surprise, he is in trouble yet again for drinking.

Both parents are accused of being part of the problem and absent to Ethan’s needs.  Ethan’s mom is accused of being addicted to pain medications and his dad accused of being abusive.  They went through a bitter divorce, and of course, put Ethan in the middle.  It set up a perfect storm for this young man.

What’s my take?  Dad should have been charged for his abuse and Mom should have been hospitalized for her addiction.  And neither of these parents should have been allowed to raise their son until they were healthy and safe.  Wasn’t there a relative, friend or teacher who could have stepped up and reported that this young man’s safety, both mentally and physically, was in question?

I would have immediately required Ethan go through a treatment program to sober up.

After that, I would have put Ethan through The Quest Project® where he would have learned a sense of mission and responsibility.   He would have been able to identify the wound he is carrying and begin to heal.  Next we would have worked on his anger and/or depression so he could start recovery and go on to be a healthy young man.

Ethan Couch would have received support from his community, a group of other adolescent boys, seeking guidance and change.  And together they would set goals and learn the difference between good and bad choices.  How to be responsible versus the cost of being irresponsible.  Ethan would have learned what bad parenting looks like and how to be healthy even when your parents aren’t.

How do I know how to do this?  Through experience and years of data-driven research.

What do you think of “affluenza teen” case?  Are you a parent who believes that if you give your child everything he wants, he’ll be happy?